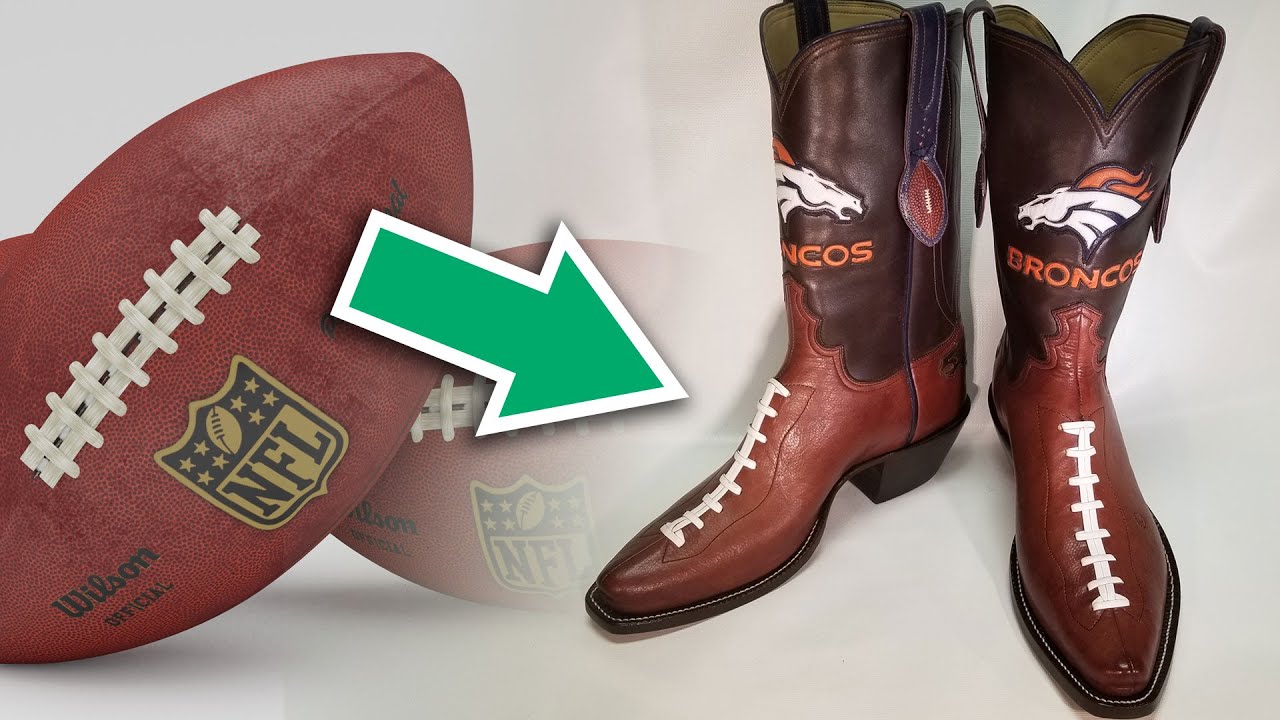 Football’s big game is just around the corner but have you ever wondered if it’s possible to make a pair of boots out of the same leather footballs use? Me either! At least not until I spoke with Jim Brainard of JB Custom Boots on a recent episode of Ask the Bootmaker.

History of the “Old Pigskin” Leather

Many people refer to a football as “the old pigskin” due to the fact in the early days of the sport a pig bladder was used to hold the air.

Soon pig bladders were replaced by rubber bladders which were much easier to inflate. So even though no pigskin is used in footballs today, the name has stuck.

In 1930, Arnold Horween Sr. and his brother, Ralph, inherited their father’s leather company after they both played and coached football professionally. From their experience playing and coaching football, they set out to make a better leather for the sport.

They used steer leather and embossed it with a machine press to make little round pebble impressions (like you would do with exotic print leathers). Those small round pebbles on the leather increased the grip of the ball and it quickly became a favorite of the league.

The leather has been used to make footballs for 70 years. Horween Leather Company is still around and supplies leather to Wilson to make the official league footballs today.

He used the leather as he would any other leather to make a pair of boots. When he came to the wet lasting step in boot making, he found that wetting the leather and stretching it to take the shape of a boot removed the distinctive pebbles.

Jim says that he will be making another pair of boots using Horween football leather in the future and when he does he will only wet the leather a little or leave it dry so the boots retain the distinctive football texture we all know and love.

A quick search online will show you other types of boots that have used Horween leather but I look forward to seeing Jim’s next attempt at a pair of football cowboy boots!

Watch or listen to my entire conversation with Jim Brainard of JB Custom Boots!