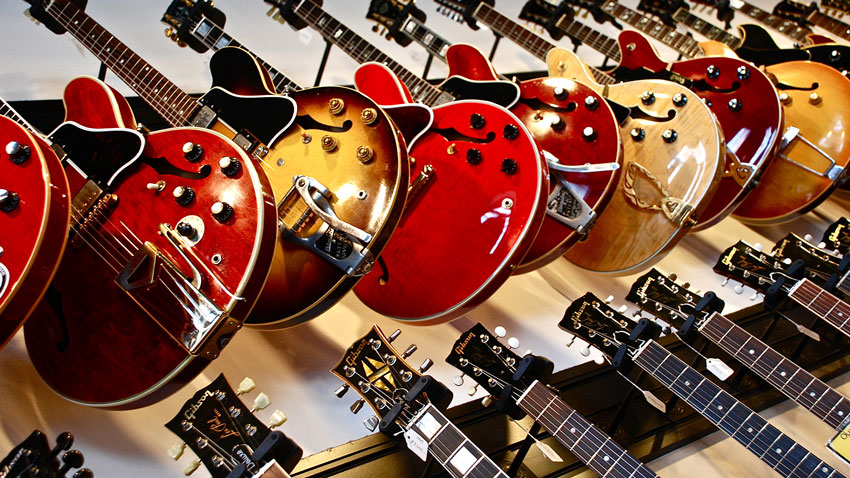 The cowboy is the symbol of the American West’s culture and dates back for more than two centuries. It’s become such an iconic era that when anyone is asked to describe its characters and style, most would instantly think of the iconic Stetson, cowboy boots, lassos, and music around the campfire.

Music has long been a part of the culture, with the first track, which was considered the first popular Western song, ‘Blue Juanita,’ dating as far back as 1844. Some of the songs have become so iconic that music fans can still hear some of the era’s sounds as more than 50 contemporary and well-known artists have re-recorded songs, such as Sweet Betsy from Pike. Acoustic guitars were popular long before anyone went electric: indeed some acoustic guitars are now worth an eye-watering amount of money.

Although an acoustic guitar complimented a ballad-style song, electric guitars have since been used to just as significant an effect in country as time has moved on. There are perfect demonstrations of this coming from Brad Paisley in The Nervous Breakdown and I’ve Got a Tiger by The Tail by Buck Owens and His Buckaroos.

However, anyone starting out on their musical journey may be surprised at the variety of electric guitars available to buy, and some certainly are better suited to particular musical genres than others. Also, the prices vary too; for example, the top-of-the-line Jackson USA Select Soloist, with its Ebony fingerboard, is not cheap at $4,499, which might be too much for the beginner, but there are alternatives.

Therefore, we’ve compiled or list of guitars that would be ideal if you’re looking to be the next Albert Lee or Vince Gill.

The Telecaster is one guitar that is widely used for country music, that’s because it has that twangy country style. While it’s more indicative of a traditional western sound, it’s still a valuable instrument for many modern guitarists. The Squier Affinity is fantastic value, it has single-coil pickups, which are ideal for country music, and with its top-loading bridge, it’s easy to change strings. It’s so well priced that it may even mean you have some money left to look over effects pedals to adapt the sound even more to your style.

Some people suggest that it can be a challenge to get a classic sound with a modern guitar; however, picking up an instrument that features F-holes like the Gretsch can make it easier to replicate that well-rounded aural experience. It has two humbug pickups, two tone controls, a volume knob, and a pickup selector switch among its options. It also has a slanted pickguard which is perfectly placed to protect the body from scratches if you have a particularly enthusiastic session. If you’re looking for a guitar with a big and bold tone, the Streamliner is for you.

The Ovation is the guitar that offers its owner the best of both worlds. It has a deep cutaway which makes it easy to hit all the high frets and is made from koa wood which gives it a very distinctive and clear sound. The construction also helps develop its rich yet balanced bass, and the CE44P has a unique soundhole design that is synonymous with Ovation. The X-bracing inside the instrument makes a big difference to the responsiveness, and there’s a three-band equalizer and preamp, which controls volume and gain, and an onboard tuner. All in all, it’s an ideal instrument for anyone who wants to play country music.

This list gives you some solid options if you’re looking to get involved in country music; which one is the best for you comes down to personal preference. It depends on the style you want to play, but the guitars on this list have the features to help get you started or continue on your musical journey.