You Can Overcome Stage Fright. Here’s How… 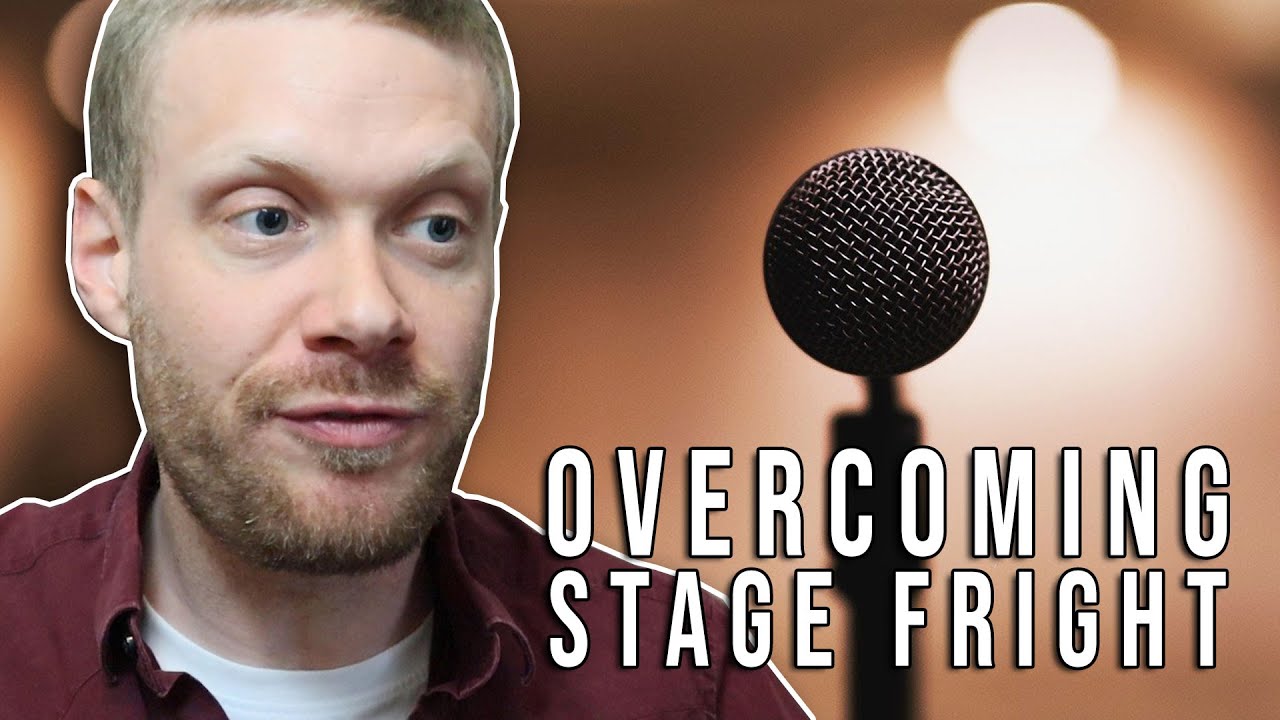 You Can Overcome Stage Fright. Here’s How…

I’ve played in hundreds of shows live on stage solo, in bands and online so I realize how intimidating it can be to perform in front of people. Stage fright is real. Sometimes we might freeze up, act like a different person altogether or even can’t perform at all.

I’ve suffered from stage fright myself and I’ve recognized a few things you can do to help overcome it but before we can overcome something we need realize what we’re actually fighting.

Maybe you aren’t confident in your abilities as a performer. It’s possible you are afraid of messing up in front of people or don’t believe in yourself to do well.

Many of us get stage fright because we are afraid of being judged harshly.

Unfortunately, being judged is necessary to any kind of performance. It’s key to people connecting with your art or not. Of course, you want people to enjoy your act but that’s really just wanting a positive judgement. What you’re afraid of is being judged harshly and people not liking your art.

Sorry to break it to you but no matter how good you are there will be people who don’t like what you do. Luckily you don’t need all 7 billion people on earth to like your stuff, you only need a small percentage of that and there are things you can do to put yourself in good positions to perform to audiences with a higher probability of enjoying your work which we’ll get into later on in this post.

Are you an Introvert?

Other’s have stage fright because they fear being the center of attention. Maybe you’re an introvert and you really don’t like putting yourself out there.

Again, being the center of attention is sort of necessary unfortunately. But don’t worry let’s get into some things you can do to overcome these issues that may lead to stage fright

If you’re not confident or don’t want to be judged harshly, try making a stage name for your act. That way you can be someone else and when you are judged harshly, the stage personality get the judgement and not your actual self, even though it was still you performing.

I did this in college. People wouldn’t make the connection in my classes unless they recognized me. This is a great place to start for introverts too.

Play or make the right shows for you

It’s important to play to an audience who you know shares an interest with you and your music genre.

It makes much more sense for me to play at the Flagstaff Folk Festival than it is performing at a classic rock bar.

Find venues or events where you already know your type of music will be well received and you may not feel as much stress up on stage.

Or you can make your own shows.

Some of my favorite shows are ones I’ve created. People usually come because they want to see me and they are already familiar with my stuff and end up being the most fun with the least amount of stress and stage fright.

Be in a Group

When you share the stage with several people, you are not the center of attention. You are sharing a piece of that attention with a few other people and it can take A LOT of pressure off.

Find places to perform where people’s expectations are already low when trying to overcome stage fright.

Open mic nights are the perfect low pressure situations. They are usually pretty laid back atmospheres with many other musicians there to perform new pieces, practice playing in front of people, overcome their own stage fright issues and network with others in the scene.

Any stressful situation can switch our evolutionary fight-or-flight response. This is the moment where we decide to run or stand our ground. While this response was originally meant to help us survive against predators, we humans don’t use it like that anymore.

The fight-or-flight response sometimes feels like butterflies in your stomach. It’s a stress and nervousness that can be hard to control.

When I was a young karate competitor, my sensei gave me some advice before tournaments. That was to visualize the butterflies in my stomach flying in the same direction and focus the nervous energy to achieve the task at hand.

It sounds corny but it actually works to help you control fight-or-flight.

The Show Must Go On

These tips can only help you so much. When it comes down to it, you WILL eventually mess up on stage.

It’s not fun to think about but everyone does. Even the best. Rather than focusing on the mistake focus on pushing through. It’s about how you handle the mess up and recover that separates the good performers from those who need more stage time.

Overcoming stage fright relies on recognizing all of these things and maybe focusing on one at a time until you are completely comfortable on stage and enjoy the energy you get from being there. It takes time and patience but if you are serious and committed you can overcome your stage fright.

Any other tips from people coming through? Let me know in the comments!