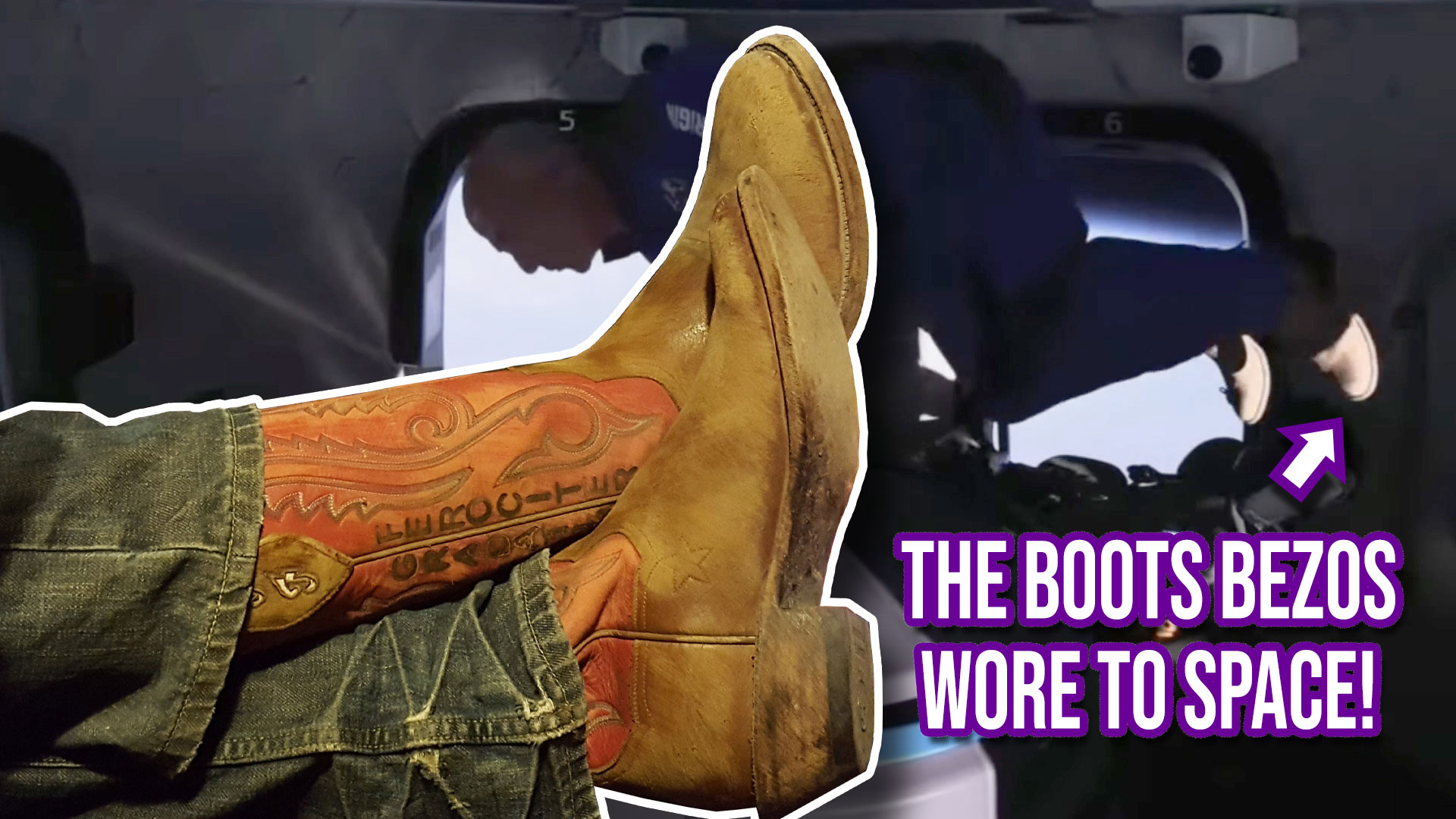 In fact, the only test he didn’t wear them was the failure of an early suborbital test vehicle, the PM2, in 2011. Since then, he says he’s worn them for every test and all of them were a success of some kind so he considers them “lucky” for that reason.

I really wanted to know who made those boots so I started to do a little research and I couldn’t find anything helpful anywhere except for a little clue on a picture from Jeff Bezos’ Twitter in 2016.

There is a little star stitched on the inside arch area and this isn’t just for decoration. This is what some boot makers call a “fender stitch” and it serves as the boot maker signature. It is an unwritten rule in the boot making world not to copy a fender stitch so I figured this was a good lead.

If you visit their website, sure enough on the first picture you can see the fender stitch there and on some other boots pictured throughout the site.

To be sure they were JB Hill, I called and they said they could not confirm or deny that they made the boots as it is a priority to them to protect the customer’s information but they did say that any boot with a star stitch at the arch is theirs.

I thought my job was done. Until I posted that to my Facebook group and J M De Hoyos commented that Kemo Sabe sold the boots and he had received information that they were made by Olathe or Rios of Mercedes. There is a little difference between those two brands but not much since they are owned by the same company. Still JB Hill is completely separate.

To get the story straight from the sellers of the boots I called Kemo Sabe in Aspen, CO and spoke with Wendy who actually worked on Jeff Bezos’ boots!

Since the boots were sold such a long time ago, we had a couple phone calls back and forth before they confirmed that they were JB Hill boots. Which I was happy about because it could’ve caused a lot of drama in the cowboy boot world if another company used a fender stitch that belonged to someone else. It would basically be forgery!

Wendy told me some more great information about Jeff Bezos’ boots ordered through Kemo Sabe and made at JB Hill.

The boots were ordered from Kemo Sabe over 15 years ago. Bezos is friends with Tom Yoder, the owner and founder of Kemo Sabe and Yoder had a pair of cowboy boots Bezos loved and he said he needed a pair just like them. Those boots were JB Hill boots.

So he made it happen but Yoder is known for bringing real character to boots in unorthodox ways. He’ll distress new boots so they have their own personality. He’ll throw boots in a washing machine and dryer or brand them with hot irons and even more ways that Wendy at Kemo Sabe refused to share with me.

And that’s exactly what they did when the boots came back from JB Hill. Wendy worked on distressing those boots with Yoder and Bezos in the room. She used a hot brand to burn the Blue Origin motto and Latin phrase, “gradatim ferociter ”which means “step by step, ferociously”

So after some confusing information, I can report with 99.9% certainty that Bezos wears JB Hill boots. I still could not get a 100% confirmation from JB Hill but they did ask that I send them this video when it was done so they could share it too and they have since linked the video from their homepage.