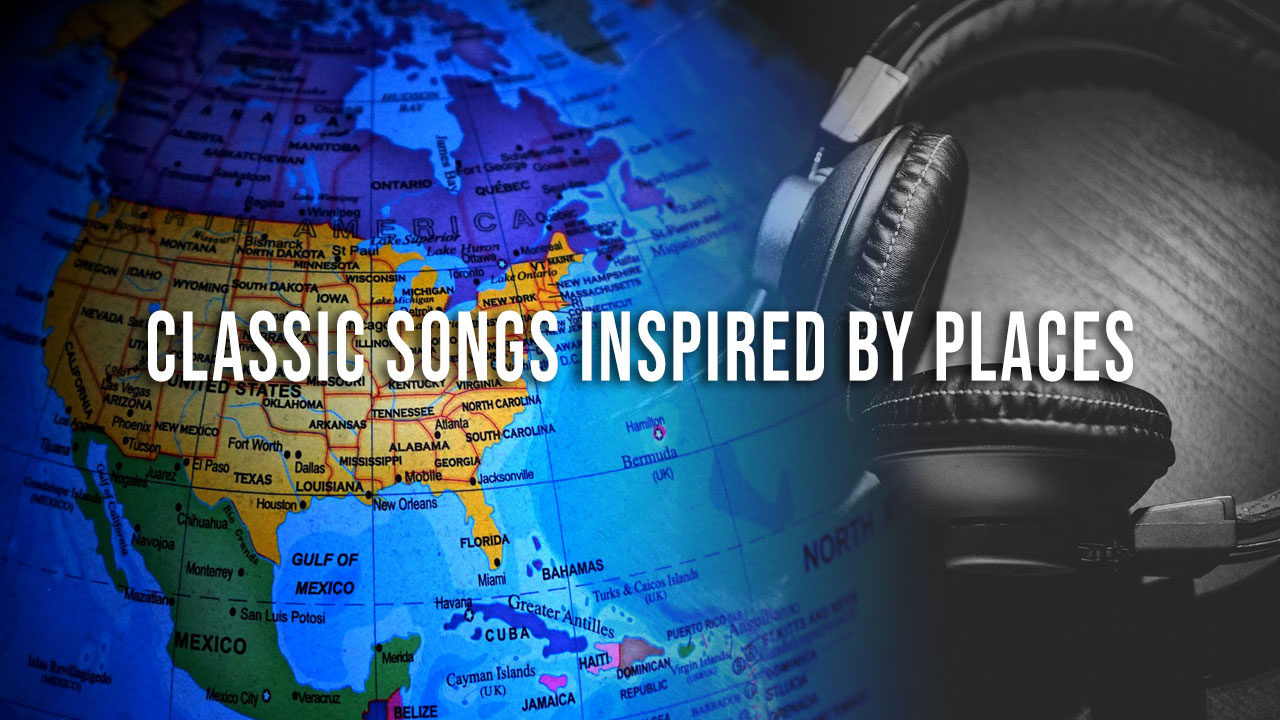 As one of the simpler joys in life, sometimes it is surprising to find just how much depth and meaning a three-minute song can hold. Psychology Today points out that music has the power to tap into our brain’s emotional responses, giving way to the universal “chills” we might feel at the right lyric, melody, or chord.

Indeed, there’s nothing quite like the magic of powerful melodies and lyrics that transport you to different times and places. But musicians are often inspired by the very places these songs allude to, and some have stood the test of time. So, here are some classic songs inspired by such places and why they’re still some of today’s most popular tracks.

It’s played to death, no doubt, but this classic never ceases to get people singing its lyrics with gusto. The combination of a catchy tune and the intrigue behind the lyrics naturally drew listeners in when it came out in 1974, catapulting the song to fame.

The song alludes to another well-known hit with racist undertones by using the lines, “Well, I hope Neil Young will remember / A Southern man don’t need him around anyhow.” An article on The Three Monkeys Magazine observes how the lyrical controversies revolve around polarizing interpretations of Southern pride and as a racist anthem. Whichever way you look at it, there’s simply no mistaking this classic for its easily recognizable tune and the connection to the sweet old state of Alabama.

This next tune comes as no surprise, but a classics list just isn’t complete without a bit of West Virginia. My list of why listeners should unabashedly love John Denver includes one in Take Me Home, Country Roads.

Denver paints a picture of West Virginia with vivid yet straightforward language, allowing listeners to visualize its breathtaking beauty through an easy tune that’s impossible not to sing along to. If you’re feeling inspired by nature, then this is a cheery song to remind you of West Virginia’s Blue Ridge Mountains.

In true Barry Manilow fashion, the piano and lyrics that bring Here’s to Las Vegas together create a perfect confession of his love for the city.

Many others might identify with this sentiment as the song pays homage to the irreplaceable sights and sounds of Sin City — from gambling opportunities to the food and other activities listed on Poker.org’s article on top Las Vegas attractions. If you’ve ever found yourself truly missing the Strip’s dazzling lights or the breathtaking desert scenery around the city, then this song might just strike a sentimental chord in you!

This song might seem like another overrated one on this list, but it’s as memorable as they come. The Eagles captured the enigmatic quality that California exudes both through the melody and equally perplexing lyrics of Hotel California.

Story of Song breaks down the song’s meaning, which the band revealed on numerous occasions to be about the hedonism and culture of excess that has gripped America. While The Golden State might seem a fitting place in that sense, California also has so much to offer other than materialistic finds. Take it from The Eagles and consider visiting the state’s beaches, parks, and less frequented areas to truly enjoy such a lovely place.

A Place for Inspiration

Songs have a way of tapping into the recesses of your mind to lead you back to a long-forgotten place. It can even take you to places you’ve never even been to. Whether it’s the luxurious and unparalleled dazzle of Vegas or a simple country road to take you home, you’ll be sure to find more than just inspiration for these places once you hit that play button.