Life is for Taking Chances 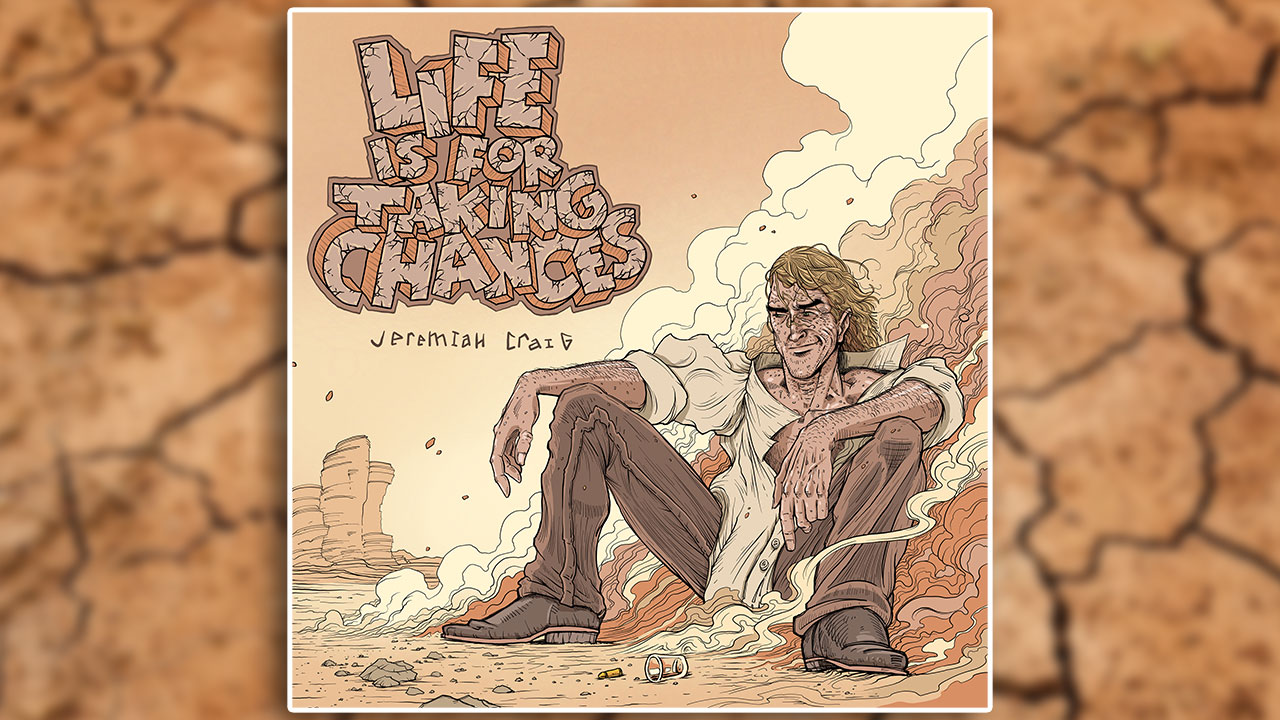 Life is for Taking Chances

Hear stories of risk takers on the songs in my fifth full length album, Life is for Taking Chances, out on your favorite music streaming app!

Life is for Taking Chances is an album comprised of songs I wrote over the past eight years. These songs just didn’t fit with the projects I was working on at the time so they hit the back burner but they finally found a home together on this album!

For example, the forth song on the album is “One for my Romeo Y Julietas” which is about a loan shark who really likes cigars. He has two cigar cutters one for his favorite brand and the other for the fingers of people who don’t pay him back. When I wrote it in 2013, I was working on my Commandeer EP which was VERY different.

One of my goals when recording this album was to have a similar sound to all the songs and make it sound complete when listened to as a whole.

My last album, In Vacant Dates and Intentions, was recorded over a year and I released one song every month. It was fun to make an album like that but the songs sounded different and like they didn’t belong together. Life is for Taking Chances is much more grounded and sounds like a complete project.

The art for the album was done by Christopher Butler of butlerdigitalstudios.com and he captured the essence of the album perfectly with a character who may have just done something a little stupid and risky but as the dust settles his smirk says he has no regrets.

I’m also working on a CD and vinyl release so check the album merch available below and if it’s not there, it will be soon!

You will also find all the lyrics to songs on the album below if you want to get deeper into the stories.

If you have any questions about the songs and their stories feel free to message me or comment at any time and I’ll do my best to answer!

Thanks so much for listening to my new album! I hope you like it!

Life is for Taking Chances lyrics

The door opens heavy and the pen drags dry
And deep breaths have only helped the bubble grow to this size
Is it better to burst or continue the hurt from inside?
Cuz there’s no telling what’s next and no way to check over the rise

I step out in the sun skeptical of the shine
I know I’m never alone still I want this path to be mine
But I don’t know which way and already feel behind
What can I do in the light while I still have the time?

I step out in the sun, excited by the shine
I know I’m never alone but still the path is mine

I come in off the trail with Wyatt, Bat, James and Virgil
We were thirsty for some whiskey but had not a penny to our names
My boots were too dusty and my muscles too tired
To sit with some inbreds and lie through my teeth for a few card games
The other four boys got a table and I mosied on up to the bar
They often joked there was more silver on my tongue than in all of Tombstone
I said, “barkeep!… we came in only with our guns and good looks
I ain’t good with a broom, ain’t good with the books but a drink would liven up our weary bones”
He said, “empty your wheel gun out on the bar
And we’ll see how many rounds there are

I looked at the bullets but I looked longer at the bottle
And as much as I hated to part with those five rounds, life’s for taking chances
So I told the boys we had a deal and they all came up for their drinks
Then my eyes stopped at the stairs and Big Nose Kate and I were exchanging glances
I last saw her when the Rangers took me from her bed
But she helped me escape before they could get the rope around my neck
She walked over to where the mouth breathers were playing
And one spouted a curse at her cuz they didn’t have a whole deck
I said “you have one shot to apologize
Or I’ll put my one shot between your eyes

It’s one shot for one shot
And I only deal in .45s
One shot is all you got
That leaves you with one shot for your life

Then he said something dumb like he don’t apologize to whores
So I figured he was asking for all the things that would come next
I still had my whiskey in hand when he reached for his gun
But he was all wrist and it’s all hips so I kept my word, à la tête
Now I was empty and didn’t spill a drop
Then his friend made a move but I was quick to my knife
He knew he’d been beat at the shine of the blade
I finally drank and said “give me your bullets and I’ll let you leave with your life”
Before he ran he let them fall on the ground
And I bought the boys and Kate another round

4. One for my Romeo Y Julietas

I’m familiar with your kind my friend
and it’s unlikely you’ll have a respectable end
Me? I’m a businessman
And I know life like this cigar in my hand
Too many people don’t know if you cut it too high
It will unravel and leave you dry

Man, I thought you were smarter than this
My only interests are cigars and interest
You’re good for it is all you say
But you ain’t won nothing since that horse Lucky Day
So you see my dilemma now and the need for collateral before you leave town

Part of my living comes from gambling on the gamblers
And I like to keep those who keep a good handle
But you become a bad hand, so I’ll give you a bad hand
Instead of folding you and making you a dead man
If you’re still looking to leave here with green
You better be willing to part with your pinkies
Yeah while I wait for you to make some digits
You’ll have to leave some digits here with me

I heard the rusty gate swinging
Through the cracked window, that you climb right in
Homeroom thoughts in the morning
Carried through, now it starts with the first button

Lay down, Lay down
With no company between us
We don’t have much time
Heels on the stairs and there’s creaks in the truss

Lay down, lay down
With no company between us
Shining through the first time
Steps on the stairs and there’s creaks in the truss

This love, this love , this invincible love
We crash together no mold for our throes
Take for the dawning of our love
Now you must turn like a chehsire shows.

Someone said it takes 10,000 hours
To be an expert at your trade
But you have to work smart
And you have to work late
It’s tough not to wonder what they take
When they finally get paid
But it’s still rehearsal for the night crawlers

When I got sick of running they damned my soul to Diamond Point
Stamped ulcered and unclean
That world-old fear cries testaments to the free
To keep its shiny sheen
What can a poor, sick man without friends or money do?
They call me bust out early John
And you can bet your health I won’t be here for long

She heard me in the capital playing mandolin through the wall
And she’d sing along
But in the dissonance of Feds, press and neighbor folks
She couldn’t find the song
I’m so tired of it all. If only they’d let me go home
They call me bust out early John
I’ll show my feared face again on the capitol lawn

They gave me cold shackles when I needed a warm hand
Calling my acts tragedies
I was poked and prodded, locked up and shipped out too
Then taxed for my maladies
No matter the results I’m cuffed as a carrier
But the call me bust out early John
And when you come back with the meds, you’ll find me gone

We are a twist of spirits

9. Watch it all Burn from the Lake on Our Inflatable Sofa

As we push off from the shore
We can see the world’s at war
Just by how beautiful the sky is tonight
The ash and clouds above our heads
Reflects a yellow and a blood red
From the cities on fire and out of sight
If it’s going to go this way, let’s try to win
And find a good spot to throw the anchor in